I am going to start off and say, it probably feels like it has been a while since we talked about our house, huh? I have to agree, but all with good reason. To catch you up we have been busy to say the least. Mike is working full time these days on a creative consulting job while I have been working to establish this new direction for TFE. Of course we are still doing all our shoots together as you can tell and he has been apart of planning as well, but during this time, we made the decision for him to pursue a dream of his while I do the same. More on this whole thing next month as we get back to Working Together. On top of all of that, we also are wrangling Hayes while trying to narrow down the final details of our home so we can make sure to actually start in May. That said, this series hit a stand still till I felt we had enough to talk about in order to write a great post for you. Beginning this May though the stories will be a lot more often as we finish designing spaces and we get rolling on construction. Plan on regular updates of the house progress and more. Today, we are talking about what it means to choose a contractor.

This has been one of the harder parts of this process. In fact, I found it exciting, heartbreaking (I hate saying no), and challenging. If you have gone down the route of designing and building a home you know the struggle. Unless you live in an area where building is slower than you most likely experienced something similar. Traverse City is a BUSY area for building right now. It seems everywhere we look there is construction happening, which is awesome for the local economy but difficult if you want to join in the fun. Since choosing the right contractor is a  HUGE piece to building a home, a busy market can make it hard to find the right fit. It was such a struggle at one point that we considered contracting the job ourselves, but I will say…after a lot of research we crossed that idea off VERY quickly (would be interested to know if any of you consider this or not). After about 3 months of searching for the right people, doing interviews, walking land, seeing other job sites, and asking friends we finally found our team and we are really excited. First, let me tell you our story and then I will give you some tips that we learned along the way to help you as you go down the path of finding your builder.

We started looking months ago at potential builders but held off getting in touch till our plans were more final, which I regret somewhat in all honesty. When we first started looking I was looking at aesthetics of past projects from builders forgetting that they are ultimately at the mercy of their clients in many respects. Also, Northern Michigan is known for classic craftsmen homes, second homes, and lakefront cottages that tend to lean on the classic cabin look so aesthetics were a relative thing up here in a big way. It made me cross off people I ultimately ended up deciding might be great options after some searching.

Once we felt our plans were at a good place, we contacted four builders. Two wrote back and said they were already booked and two said they had openings. I wanted three, but I thought we would see how things went first with the first two. Since my dad had been a contractor and owned his own contracting company, I took him along for a few meetings to get his feeling of each of the builders. Each time he walked away impressed with both builders. That just made it harder that Mike and I also liked both and felt good so we sent off drawings and ideas to see how they would price out. I wanted to figure out as quickly as possible who didn’t work for us. After another meeting with both, we realized our designs were far out of our price point for us. We also started realizing one of the building companies, which we loved, was building homes we dream about but could not afford at this point in our life. It was heartbreaking because we loved their attention to detail and their quality, but knew as business owners ourselves it is important to recognize when you aren’t the right client for someone. It was sad to say goodbye since they were really our dream builder right off the bat, but we knew they should take the right projects for them. Then around this same time we heard from our other builder that he had booked his last project for the spring. Sadly, we were standing there with no options once again. It was then I started doing more research and discovered one other builder that for whatever reason I had missed in my search. I read about him and his wife and how they had 4 kids and I felt that he sounded like a great choice we should consider.

I inquired and 24 hours later received a response about setting up a call. So that week we gave him a call and had sent him our plans. Right away he broke our hearts and told us there was no way we could build our house in our budget, but he didn’t just stop there, he told us what we COULD build in our budget and he helped us figure out what COULD work. It wasn’t a stand still moment in the relationship, he started telling us why the house wouldn’t work for us and our budget. This was something neither builder had explained and it made us feel like this was still all possible. It was the moment that we knew this was who we wanted to work with.

After that, we redesigned and a few days later sent him what we were thinking and set up a face-to-face meeting. We all felt we could do it and talked through all the details so he could send things out for a preliminary estimate. We walked away from the meeting feeling like we had found our guy and it was so exciting. So today, actually, we are meeting with Nick from Shugart Builders about the nitty gritty of our budget to finalize things in preparation for our loan and signing on with him to start the house this May or maybe even the end of April. The price between the builders wasn’t significant, really what it came down to was finding someone we felt could speak our language well and that we fit them well. I always know things happen for a reason and our guts know best and this was one of those situations, which in some way I knew it would be. So, though we are just beginning this process and there are still a TON of things to decide we are in a direction, feel confident about our choice, and are somehow still going to be in the house by the end of the year. All of it feels crazy, but thanks to finding Nick, it all is feeling possible.

Now, let me give you some great tips for finding a contractor that is right for you and some things to be wary of:

So far the hardest part of this process has been to find the right person to work with on our home, but when you do it feels great! Now, the next stage will begin. We now will be choosing all the fixtures and items and closing on our financing. That said, we will be talking next about choosing fixtures and I plan to share the sheet I am using to organize all of the items for our builder. I figure this will help many of you through the process. Since we won’t start this process till the next week or so, I won’t post it till we are near the end of the process just to make sure we have covered all the big things. This way I can be sure I am giving you the best download possible.

Lastly, tell us what other questions you have or if you have your own experience with finding a builder? How did it go? What did you learn? I want to hear experiences!! Tomorrow, I will be sharing my favorite spring shoes and how I style them this time of year. You can always make sure you don’t miss a post by signing up for our email newsletter. See you guys tomorrow!

Easily Learn How and When To Harvest Potatoes 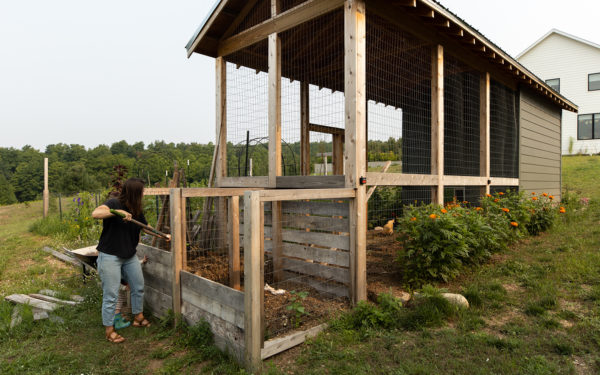