Our Journey of Homeownership as Entrepreneurs I think everyone ultimately dreams of having a space of their own. For everyone, that vision looks diﬀerent. For us, it looked like a home on land in Leelanau County, Michigan. It was our dream even while living in other parts of the country and traveling the world. We knew one day it would be where we ultimately would land. But the journey there wasn’t clear or as simple as we found land and built a house. As entrepreneurs, it is always about ﬁnding the right formula and jumping in on something in the right moment.

This month, I am partnering with MSHDA to talk about how we became homeowners as entrepreneurs and how they help you have a positive experience buying a home. I hope to inspire many of you who are worried about how this will ever happen when you work for yourselves or as a freelancer. It may seem like a far-fetched idea because it did for us at many points in life, but with saving in simple ways and a willingness to work hard, we learned that being entrepreneurs and wanting a house simply means we just need to think ahead a little more than anything. About 7 years ago, Mike and I sat down with our then-CPA and asked her, “How can we own a home?”  To us, owning a home was meaning we were putting our money into an asset rather than just paying rent every month. She helped us set ourselves up as an LLC and we started paying ourselves as employees in the company. We spent the next year receiving “pay” from our company so that when the day came to take a loan for a house we could show records of being paid a consistent income. Our CPA helped us ﬁnd the right amount for our business and for what we wanted in terms of a home.

At the time we lived in Raleigh, NC, and we knew that we could aﬀord something for around $200,000 so we started hunting. It was a huge rollercoaster which you can read about in this post if you so desire, but more or less we went through losing over nine homes in the course of almost a year before we ﬁnally found the right one. We spent a little more money than we anticipated, but we had taken a few extra big jobs and decided to work longer hours in order to get the house we wanted in the neighborhood we wanted. I think the thing that made the diﬀerence was our willingness to work harder for what we wanted. We also never lived beyond what we made. In fact, we always set a strict budget and lived on income that was far less than the checks coming in. Working for yourself, and at the time running a design studio, we could easily ﬁnd and add new clients to our roster when we needed. Though our income wasn’t consistent, sticking to a clear budget made sure we didn’t get overzealous with the money that came in. Many times we would get the check and it would head into our business, we paid taxes on it, and never looked at it again till it was time to divide it however our CPA suggested to us.

It took time, diligence and giving up certain things in order to achieve others and I think it made all the diﬀerence.

The house we purchased in Raleigh was in the right-shifting neighborhood and by the time we ended up deciding to leave at exactly two years after we bought it initially, the whole neighborhood had started being gutted and renovated. A small tiny house we had (1,200 sq ft) was now being surrounded by homes well over 2,500 sq ft. But I am leaving out some key pieces here. Being able to own a home changed everything for us as entrepreneurs. We now had an asset to invest into. We had found an affordable house in the right neighborhood that needed small amounts of work. It was the perfect home for ﬁrst-time homebuyers. It wasn’t our dream home, but we created a studio space and we enjoyed updating small things here and there to make it more us. It helped us understand what it means to own a home and gave us some experience.

It was when Hayes came along that we knew our time there was limited. We also knew that in order not to pay Capital Gains tax on the property we would need to wait two years before we could move. We also knew that after a year in the home how long it took to ﬁnd something else that was right for us. So, we began the process. We debated about a move to Austin (closer to Mike’s family) and we even took a trip to scout out areas there where we would enjoy living. It never felt really right to us.

It wasn’t till the summer when Hayes was 4-months old and we came north. Somewhere in our sleep-deprived state and me coming oﬀ my self-planned maternity leave that I realized we should look for land in Leelanau County just for the heck of it. So, we did. On our ﬁrst attempt at looking for land, we found where we are now. At the time, we planned to only do something small but two weeks after going under contract on the land someone made an oﬀer on our home in Raleigh even though it wasn’t even on the market. They just had their realtor get in touch with us and made an oﬀer. We countered with our dream price and they accepted. It never hit the market and we closed on it two days after the two-year mark and avoided the Capital Gains tax we feared.

Now, a year and a half later, we are living in our dream home on the hill from a dream I had back when Mike and I got married. This place is our greatest achievement because of the focus and intent as entrepreneurs it has taken to land here and call it home. The power of home doesn’t really have words because it is such an important part of being human. But this place and where we are now all began back when we started saving and working with our CPA years ago. We didn’t know it then, but it helped us buy our ﬁrst home, which was the complete shift in our journey of homeownership. Our Raleigh house allowed us to build our dream. Though that little home was good and affordable we knew it was just a stepping stone. It was the place to begin and I think that is what it is to be in a journey of homeownership. One spot allows us to move to another that is closer to our dream than the one before. This is why I am working with MSHDA. They oﬀer amazing programs to help people get people in the door of homeownership. From loans that help get a down payment together on a house or oﬀering more aﬀordable conventional loans that oﬀer lower PMI options if you cannot put down 20% on your home initially. This PMI also disappears on their loans once you reach 20% invested in the home so you don’t pay the PMI throughout the lifetime of the loan.

Finally, the beautiful thing about what they do is that when you work with them on a loan the revenue that is generated goes back into supporting housing initiatives such as reducing homelessness, providing housing for veterans, making homeownership possible for so many, providing education, preserving Michigan history, and creating aﬀordable housing in communities.

Programs like these can make it so more people can make their dreams come to life and have a space of their own. Creating a sense of home helps stabilize people and create healthier communities.

So, tell me, what do you think helped more than anything in your journey of homeownership? Have you checked out programs such as MSHDA (or the housing finance authority t in your state) to help you gain a sense of home for yourself?

This post was sponsored by MSHDA  and all thoughts and opinions are my own. Thank you for supporting the brands and businesses we partner with here on The Fresh Exchange. 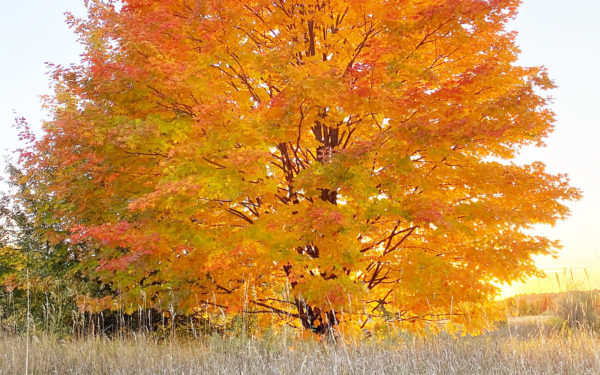 October —- Our Deep Exhale of the Year. 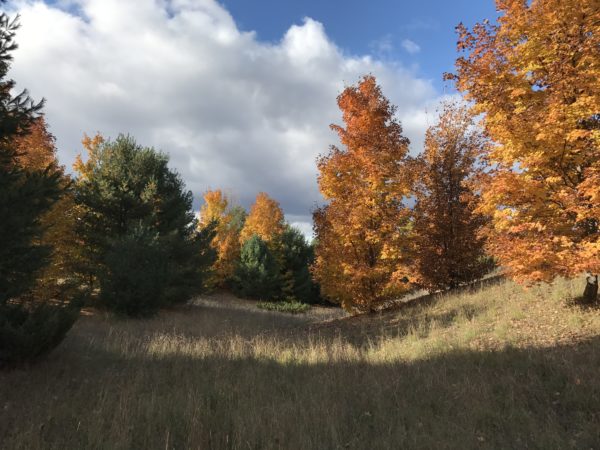 Fall the Dinner Hour of the Year